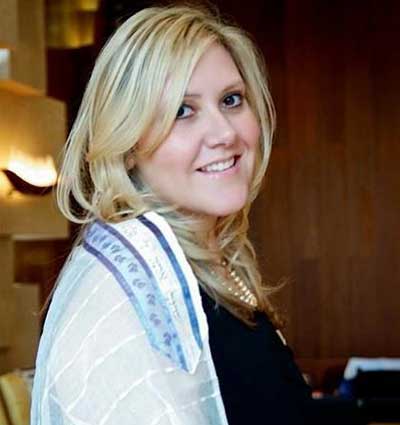 Rabbi Elizabeth Zeller is originally from West Lafayette, Indiana and is a graduate of Hebrew Union College – Jewish Institute of Religion (HUC-JIR) in Cincinnati where she was ordained in 2009. She also holds a Masters in Hebrew Letters from HUC. She holds a B.A. in Jewish Studies and Political Science from Indiana University where she graduated Summa Cum Laude and was inducted into Phi Beta Kappa. Her prior congregational experience includes Temple Beth El (Tacoma, WA) and as the Associate Rabbi Educator at The Reform Temple of Forest Hills (Queens, NY) where she developed and expanded youth programs, young family engagement, and outreach. Most recently, Rabbi Zeller has been the Director of Learning and Innovation for NFTY, the Reform Youth Movement, where she has worked with teens and staff from across the country to develop and implement programmatic vision and engagement for Reform Jewish teens.

Rabbi Zeller is a product of the Reform youth movement, having spent over a decade at URJ Goldman Union Camp Institute (GUCI), as a camper and then as a staff and senior staff member. For four summers, Rabbi Zeller served on faculty at URJ Eisner and Crane Lake Camps. She is a past-president of the Women’s Rabbinic Network, serving female Reform Rabbis worldwide. She also is the past-president of FAITH IN NEW YORK, an interfaith community organizing affiliate of PICO, serving the needs of the greater New York area through grassroots faith-based community organizing. She is currently in the inaugural cohort of the GenerationNow Fellowship, through the Jewish Education Project, which trains high-level teen leaders on how to successfully work to change the landscape of teen engagement.

She is married to David Zeller, a high school teacher in the south Bronx, and they have a young son, Sam, and a mini-labradoodle named Rory. 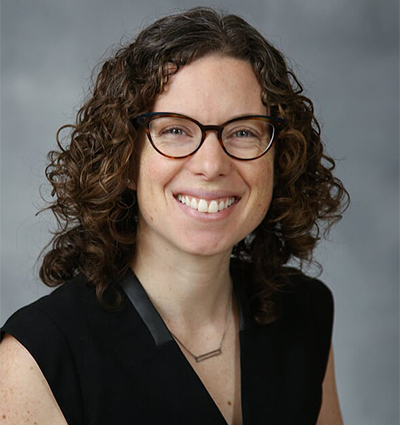 Rabbi Debra Bennet was born and raised in New Jersey. She graduated Phi Beta Kappa from Brandeis University with a Bachelor’s Degree in Near Eastern and Judaic Studies and Women’s Studies. She attended Hebrew Union College – Jewish Institute of Religion (HUC-JIR) from which she received rabbinic ordination in May 2007. During her time at HUC-JIR, Rabbi Bennet served in a number of communities including: North Fork Reform Temple, Anshe Emeth Memorial Temple in New Brunswick, NJ, and Overlook Hospital in Summit, NJ. She was also the intern to the Associate Dean and on the committee of the HUC-JIR Soup Kitchen. HUC awarded her The Rabbi Herbert Hendel Memorial Prize (Awarded for General Excellence) and The Rhoda Malino Memorial Prize in Modern Hebrew Literature.

Rabbi Bennet participated in the Second Cohort for the Leadership Institute for Jewish Educators. With educators from around the tri-state area, Rabbi Bennet delved into the study of educational principles, leadership development and pedagogic skills and created new programming for religious schools.

At Chaverim, Rabbi Bennet is proud to have worked, with her fellow clergy and staff, to create Tuesday Night Live, the teen experiential program for 8th-12th graders.  For the last 7 years, TNL has helped our teens explore who they are as Jews, participate in acts of tikkun olam and strengthen their identities as Jewish adults.

Rabbi Bennet serves as the Treasurer of the Long Island Board of Rabbis.

Rabbi Bennet lives with her husband, Marc, and three children, Eytan, Micah and Asher in Plainview. Rabbi Bennet can be reached at rabbibennet@templechaverim.org. 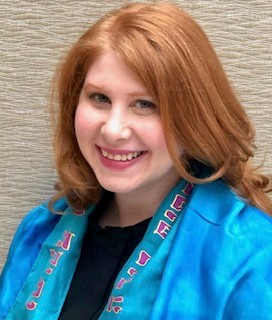 Cantor was born and raised on the North Shore of Long Island. She attended Skidmore College, where she studied Religion and Theater. After graduation, she worked with children with special needs and taught religious school at Congregation Tifereth Israel in Glen Cove.
She earned her Masters of Religious Education from HUC-JIR NY in 2015 and continued on in their cantorial program. She earned her Masters of Sacred Music in 2018 and was ordained in 2019.
As a student, Cantor Ashkenazy served as Cantorial Intern at Temple Beth Am Shalom in Lakewood, NJ and at Temple Judea of Manhasset on Long Island. She discovered her love of Jewish music as a child, singing in her synagogue’s junior choir. She especially loves working with young children and in the summer of 2018 joined the second cohort of Sing Shalom teachers, a partnership of Music Together and the Jewish Education Project.
For the last three years Cantor Ashkenazy has served as the Cantor at North Shore Synagogue.